We are excited for the newly fictionalised comedy-drama film ‘The Lost King’ to arrive in UK cinema this October. The film was partly shot at Edinburgh Castle in early 2021 and we cannot wait to see the castle on the big screen! 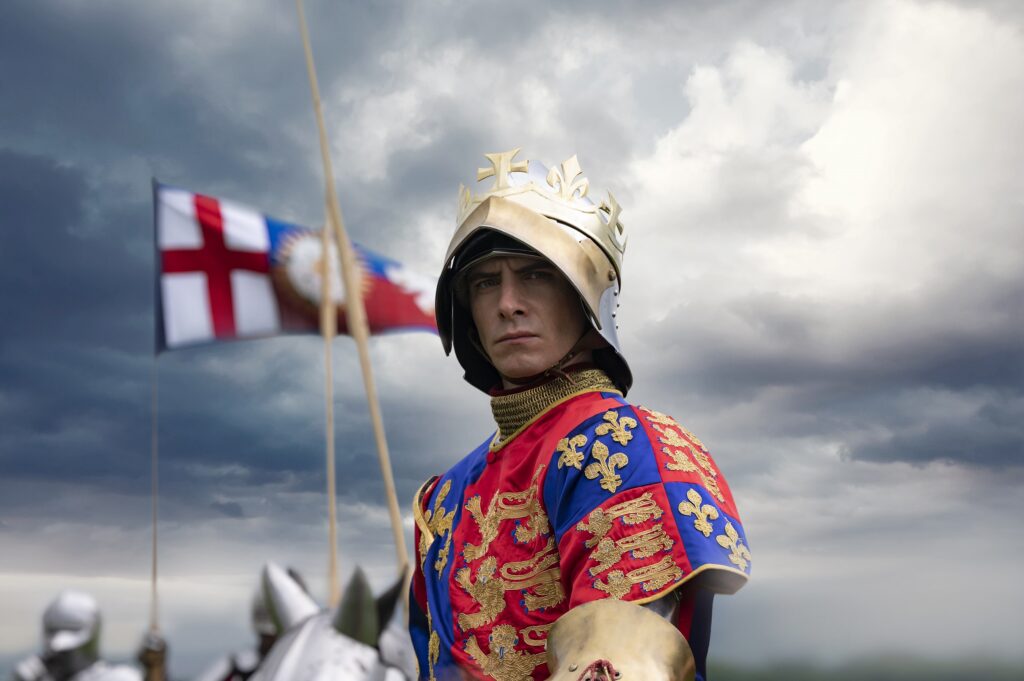 You might recall the not-so-insignificant discovery of the remains of Richard III in 2012 in a Leicester car park. If you followed this fascinating story with enthusiasm, then this is certainly the film for you.

It revolves around amateur historian Philippa Langley on her quest to find the final resting place of King Richard III. She finds herself in a mid-life crisis and various challenges when she comes upon the Richard III Society. The society are trying to restore the late monarch’s reputation. Withstanding criticism and concern from historians and her own family, Philippa becomes obsessed with discovering Richard’s fate. However, she ends up finding much more than she expected.

In the run-up to the film release, we have caught up with producer Dan Winch, who told us about his experience of filming at Edinburgh Castle.

Filming ‘The Lost King’ at the Defender of the Nation 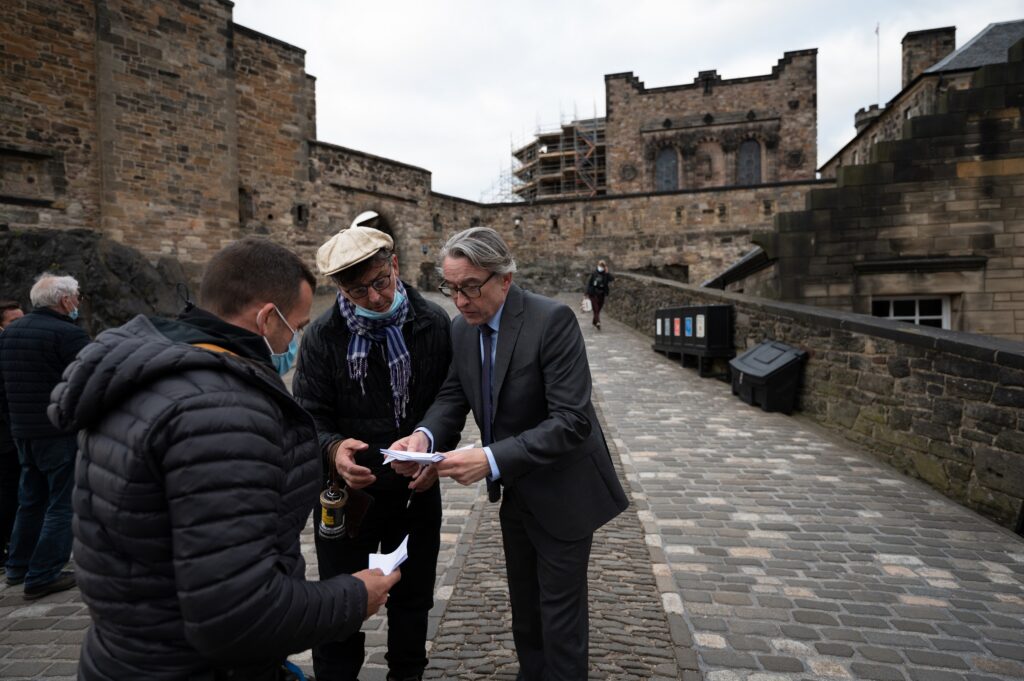 We shot a single scene at the castle on two separate shoot days, following many weeks of meticulous planning steered through by our Supervising Location Manager.

The scene itself brings together the family of our lead character (Philippa Langley) played by Sally Hawkins, her ex-husband (John) played by Steve Coogan, and their boys (Max & Raife) played by Adam Robb & Benjamin Scanlan.

Primarily, it is a pivotal narrative moment in which we learn a little more about Philippa’s determination. She progresses her mission to discover the long-lost remains of King Richard III. Staging this action against the wonderful vista of the Edinburgh city scape gives our audience a stunning reminder of where we are!

A story made in Edinburgh 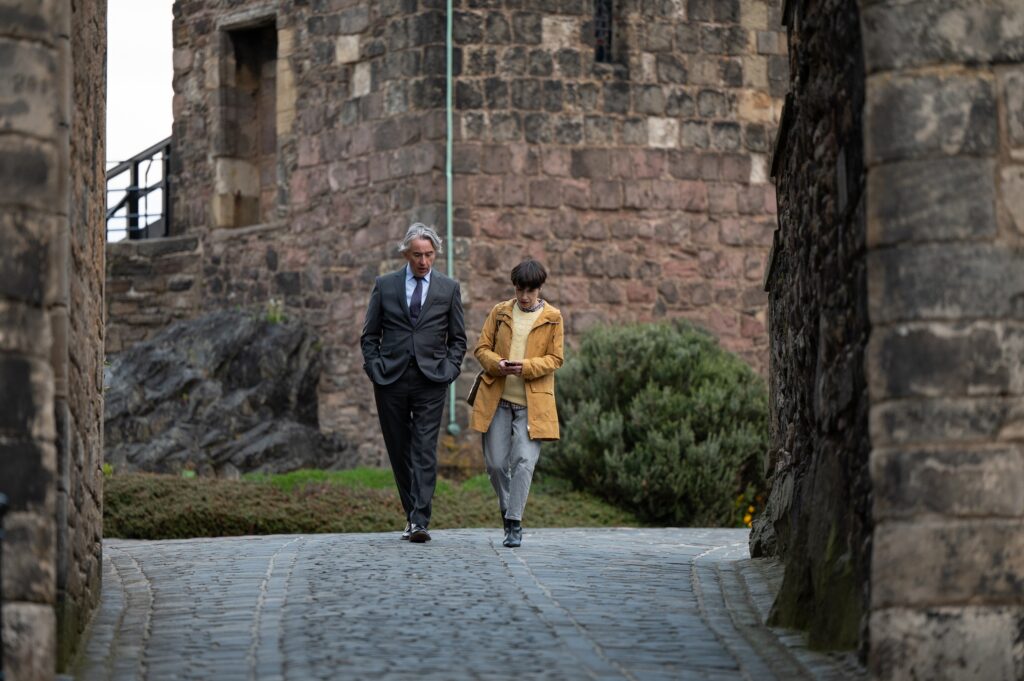 It is important to point out that Philippa Langley did actually live in Edinburgh, so we based filming there for authenticity. It is such a bonus for us film makers when authenticity results in such a unique and characterful location aesthetic!

When writers Steve Coogan and Jeff Pope worked on the script, the prospect of finding a story logic for filming at Edinburgh Castle was irresistible. The scene introduces us to two historic points of interest – ‘Mons Meg’ and ‘the 1 o’clock gun’! But rather than spoil things any further, you will have to watch the film to learn more.

Pulling together a filming schedule can be challenging at the best of times. During 2021 we also navigated the additional challenges of Covid.

Our shoot began when lockdown restrictions were still in place. Everything we undertook, from recces to filming, had to be done in strict adherence with safety measures.

On the bright side, we had the unique opportunity to film at one of the country’s largest visitor attractions and have the space all to ourselves. The castle staff let us know just how unusual it was to witness the firing of the one-o-clock gun without large crowds surrounding it.

Lights, Camera, and the Gun goes off!

The aspired timing within any shoot day often requires a degree of fluidity. However, when it came to filming the 1 o’clock gun going off, well… that couldn’t be fluid at all! We were lucky to film the firing of the gun just ahead of visitors returning to the castle. Yet we had to make a plan which fitted the gun’s schedule rather than our own. We decided to film on two separate days.

Our first footage of the gun was our very first shot on our very first day. We concluded during prep that this was the most watertight approach to avoid missing the bang! Filming the gun shot itself was another fascinating new experience for us. We coordinated our work with the gunner’s. Our microphones were set up close to the gun to capture the sound of not only the gun but all the gunner’s preparations. We also had a distance shot of the gun set up at Mons Meg to capture another interesting angle for the final film.

Getting your steps in

We could not be more delighted to have Edinburgh Castle in our film and on the big screen. Of course, we can also confirm that access to Edinburgh Castle offers a free leg work-out, especially when carrying equipment up the cobbled trek from the 1 o’clock gun up to Mons Meg!

We very much hope everyone enjoys ’The Lost King’ and our sincerest thanks go to the Filming Team at Environment Scotland and the staff at Edinburgh Castle for all the support we received.