Celebrating in Style – the Scottish Crown

Did you know that when the Scottish Parliament reopens, the presence of the Scottish Crown is a key part of the ceremony?

Over the centuries many pairs of hands have had the privilege of looking after the Honours of Scotland (the Crown, Sword of State and Sceptre). It’s a duty the Collections Team at Historic Environment Scotland (HES) take very seriously. We have to make sure the Crown is ready to take centre stage in front of the Queen, and this takes careful planning.

History of the Honours

The Crown we see today was worn for the first time in 1540 by James V at his new wife (Mary de Guise’s) coronation at Holyrood Abbey.  John Mosman, the Edinburgh jeweller tasked with remodelling the King’s new crown, had less than six weeks to complete the task. Its making may have been rushed but since its first ceremonial outing the Crown has seen long service – not far short of 500 years so far, making it Europe’s oldest (still in service) crown. 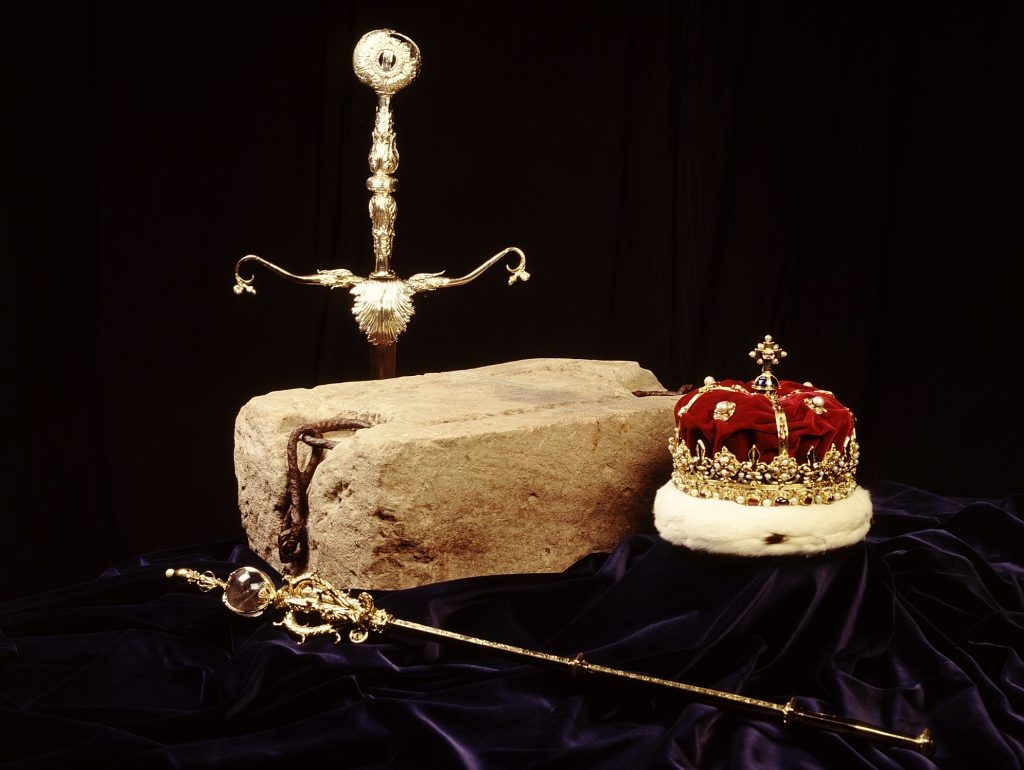 The Honours of Scotland

The Crown has been used for four coronations. The first was that of the infant Mary I (Mary Queen of Scots) in 1543, the last was Charles II in 1651.

Although the Crown’s outing to Parliament is now a rare activity (every 5 years), the Honours have not sat still in the past.  They’ve been:

A tumultuous history indeed – we think they look pretty good, all things considered.

To help ensure the Crown is preserved for future generations, it’s no longer worn in ceremonies. However, its presence at the opening of Parliament is a crucial part of the ceremony.

The first Scottish Parliament opening since 1706 took place in 1999, in the Church of Scotland’s General Assembly Building off Castlehill.

But by October 2004, the new Parliament building at Holyrood was completed and the Crown returned to within a couple of hundred metres of the location of its first outing, the Abbey of Holyrood House.

Given the ceremony in Edinburgh Castle lasts a mere ten minutes, it’s hard to believe that planning began many months ago. Led by the Parliament’s Events Team, it’s a remarkable feat of organisation coordinating police, security services, the army, the City of Edinburgh Council and others.

Our role on the day is to oversee the Crown being handed over to the Duke of Hamilton and, more importantly, to ensure it is safely returned! 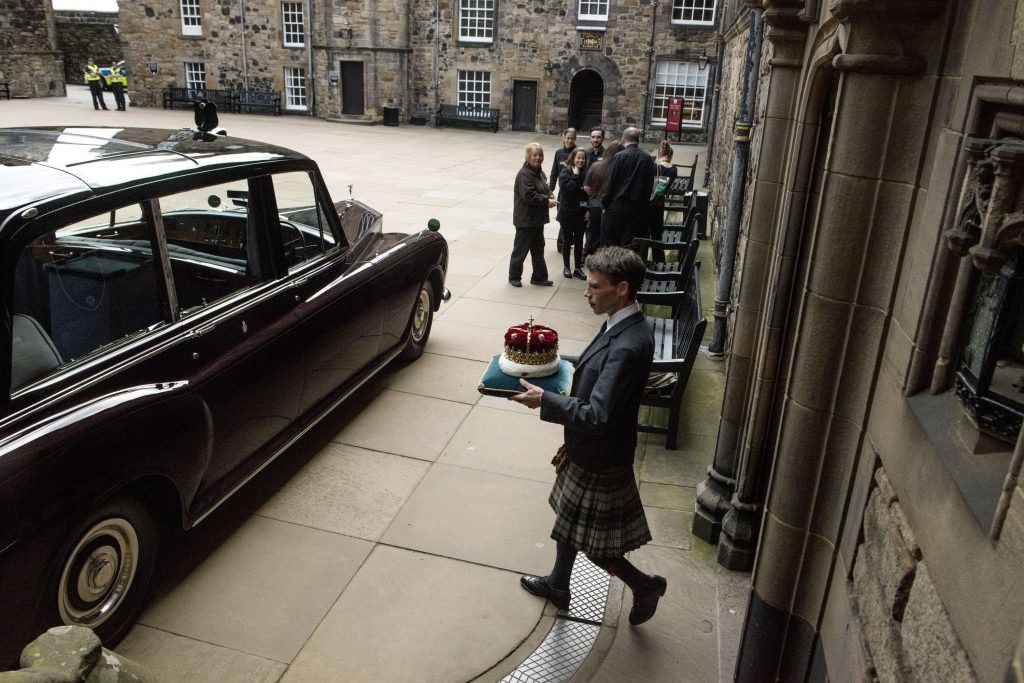 The Duke of Hamilton with the 500 year-old Scottish Crown

On the big day, we co-ordinate with the Commissioner of the Regalia (officials who jointly hold responsibility for the Crown which they delegate to HES). The Commissioners formally sign over the Crown to the safe-keeping of the Duke of Hamilton who holds the hereditary role of conveying the Crown to Parliament.

Coordinating that handover requires a huge amount of effort from our highly trained staff, not to mention a number of eye-wateringly early morning rehearsals to ensure everything goes like clockwork on the day.

The Sixth Opening of the Scottish Parliament

This year – the sixth opening of Scottish Parliament – is a little unusual. We’ve had to manage our usual preparations while bearing in mind the safety measures needed in response to Covid-19. Only a limited number of people are trained to carry out these duties, so any preparations requiring access to the Crown had to be carried out well in advance to reduce the risk of us transmitting the Covid-19 virus.

We’re used to wearing nitrile gloves to protect objects from damage from any residues on our skin – but now they have the added job of reducing risk of virus transfer.

Another part of our preparatory work is to ensure that the Crown is looking its best for the big day. For many years, the Crown was cleaned and polished (along with the rest of the Honours) every year. These days, to reduce any risk of wear and tear, it is given just a light buffing before its official duties.

We leave nothing to chance, even going so far as constructing a dummy ‘crown’ in order to recreate the ceremony as faithfully as possible before the big day. In the past the dummy we used was a donut shaped sandbag weighing exactly 3lb 1 oz, the same as the real thing.

This year we worked with mount-maker Richard West to commission a replica of the Scottish Crown. 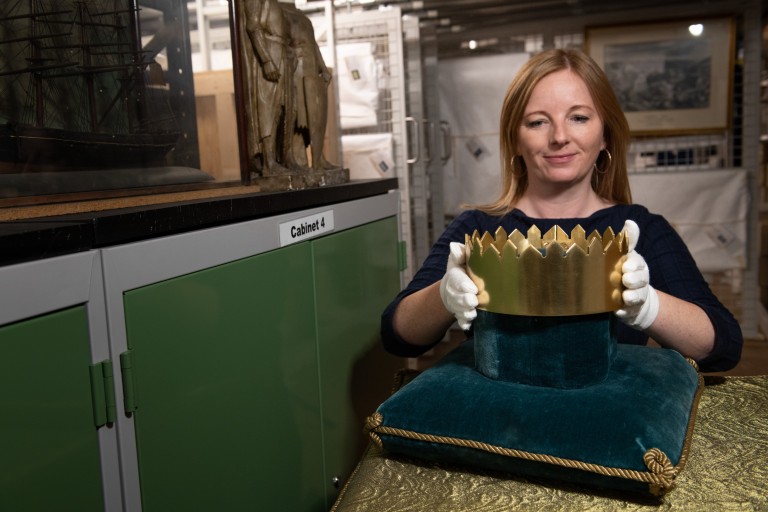 We hope you agree this looks more fitting as a substitute.

And as we retire the sandbag, we gratefully acknowledge its years of duty!