What did Charles Piazzi Smyth do for us?

You may not have heard of him, but Charles Piazzi Smyth has an important place in the history of Edinburgh. One of his lasting legacies – the One o’clock Gun – is a highlight of any visit to the castle today.

This year marks the 200th anniversary of Charles Piazzi Smyth’s birth. In 1845 he became Astronomer Royal for Scotland and moved to Britain from South Africa. While working in Edinburgh, Piazzi Smyth had an instrumental role in two significant projects. He was involved in setting up the time ball on Calton Hill and the One o’clock Gun here at Edinburgh Castle. 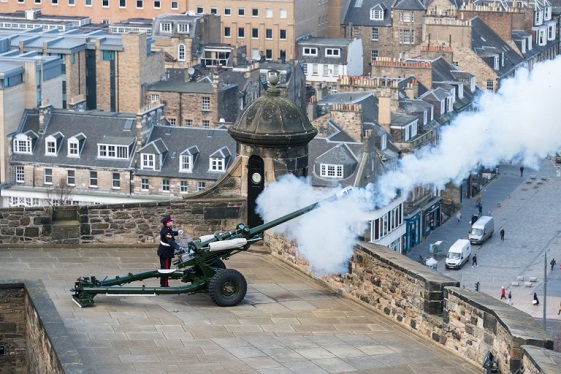 The district gunner firing the One o’clock Gun

In 1852, the time ball was erected on top of the Nelson Monument on Calton Hill. It was designed as an optical time signal for ships in the Firth of Forth. The drop of the ball allowed ship’s captains to synchronise their chronometers to ensure accurate navigation at sea. But the notorious haar – a cold sea fog that covers Edinburgh for days at a time – made this an unreliable means of time-keeping. 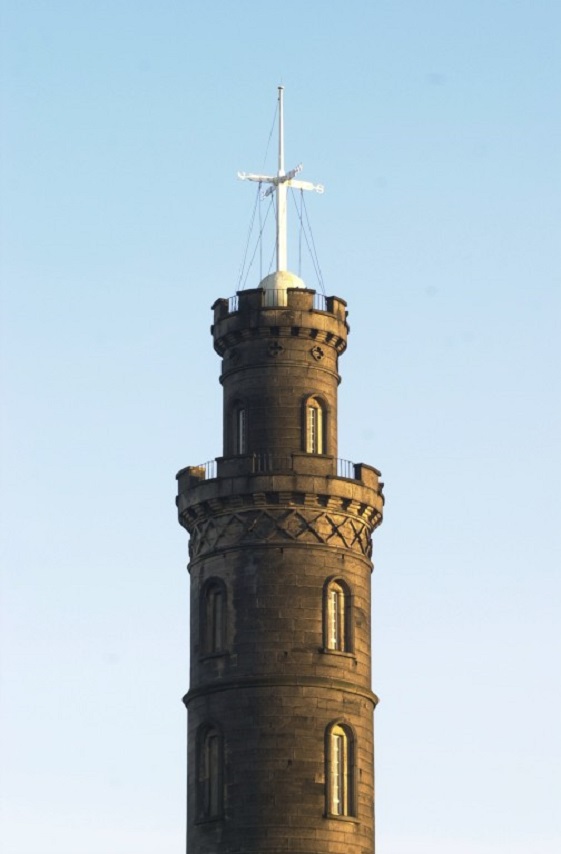 The time-ball at the top of Nelson Monument on Carlton Hill.

What’s that I hear?

The idea of an audible signal was first suggested in 1858 by Edinburgh businessman John Hewat. He was inspired by a time-gun he’d seen in Paris. Piazzi Smyth was one of a small team that drew together engineers, businessmen, a clockmaker and the military to make the One o’clock Gun possible.

Though time guns were once a common feature of ports around the United Kingdom in the 19th century, the One o’clock Gun was the first of its kind to be electronically controlled, taking advantage of electronic telegraph technology. It used electronic telegraph technology to fire on a precise signal at 1pm. This signal was sent via a long stretch of wire spanning from the Calton Hill Observatory to the castle. This stretched a distance of over 1200m – an impressive feat! Piazzi Smyth supervised the installation of the gun – initially on the Half Moon Battery. He also oversaw the uncoiling of the cable across the city, which took two full days.

Slower than a ray of light

But the introduction of an audible time-signal did not immediately solve sea-farers’ time-keeping problems. As sound travels slower than light, there is a delay between the gun being fired at one o’clock and it being heard across the city. The bang of the One o’clock Gun takes about 10 seconds to reach the ports of Leith and Newhaven, and longer to reach vessels out at sea. Piazzi Smyth assisted with producing a map marked with different circles indicating the time at which you would hear the gun – allowing navigators to factor this into their calibration. 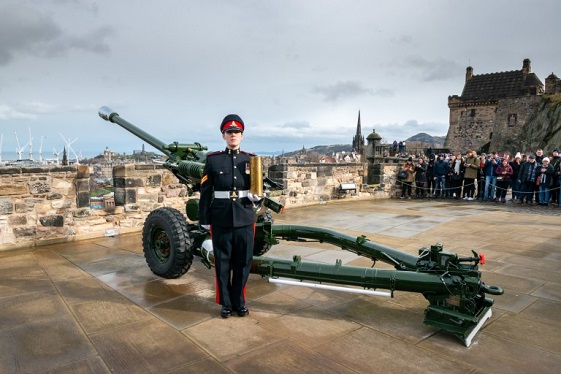 The One o’clock Gun is still fired each day, except Sundays, Good Friday and Christmas Day. It is one of the few surviving time signals still in use. If you want to see the firing of the One o’clock gun, make sure to arrive in plenty of time.

In celebration of Piazzi Smyth’s work, a collaborative project began earlier this month to put the time-signal to the test.

The first of two experiments ran between 8 and 14 April. Later in the year there will be an experiment to test the time gun map. It will check the time at which the gun can be heard in different locations across the city. If you hear the gun, share this and your location on social media, using #IHeardTheGun on Twitter or on Facebook. Find out more about this experiment.

Next time you’re at the castle, we’d love you to share your One o’clock Gun photos with us using #EdinburghCastle #IheardTheGun