Did you know – the Halloween edition 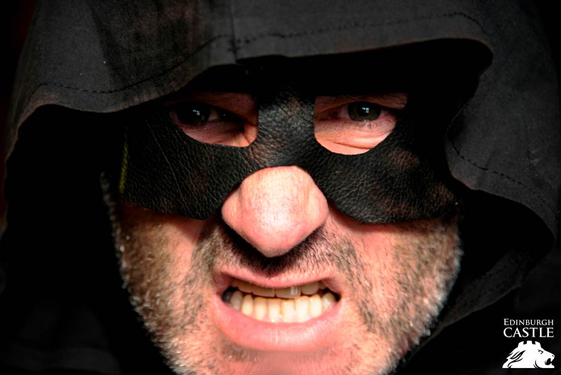 At this time of year stories tend to take a more gruesome turn as we get ready to celebrate Halloween. Here at the castle, with more than 3,000 years of history, we have no shortage of dark tales. It once had a reputation as a place of death and torment; from torture in the dungeons to execution on the esplanade. Here are some of the murkier facts you may not know about Edinburgh Castle:

The vaults beneath the castle were a venue for brutal torture. Techniques included sleep deprivation – in some cases for up to eight days. Another torture device, introduced from Russia, was the ‘thumbikins’ or thumb screws.

The English Jacobite Henry Neville Payne was tortured in the castle in 1690. He remained a prisoner for 10 years and was Edinburgh’s last recorded victim of torture.

A view from inside the castle’s dungeon

The Castle Hill, on which the esplanade is built, was for many years a place of public execution. Among the criminals and heretics executed here were as many as 300 people, mostly women, burned at the stake for witchcraft.

One of the earliest allegations of witchcraft came during the trial of Janet Douglas, Lady Glamis. In a politically motivated case, she was convicted of plotting to poison James V. In 1537, she was burned at the stake before the castle.

On 6 March 1645, Agnes Finnie, a shopkeeper in her late 40s, was the last of 24 similar executions recorded on Castle Hill between 1590 and 1645, although the real total is likely to have been much higher.

Today on the esplanade, you can view a memorial to those that were executed here for witchcraft. Designed by the renowned Victorian artist John Duncan, it is known as the Witches’ Well.