Kings of the Castle or dirty rascals? 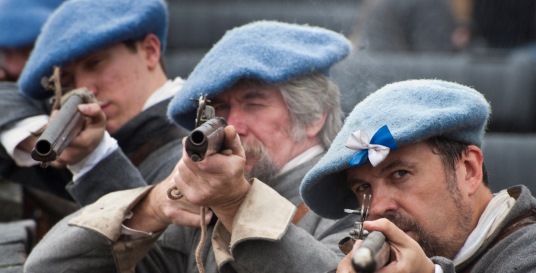 Edinburgh Castle has been besieged more than any other place in Britain. There are records of 23 concerted attempts to capture the castle.

Two of these sieges occurred just over a year apart, during the Covenanting Wars. This string of civil wars grew out of an attempt by King Charles I to impose English-style church practices in Scotland. The National Covenant, signed in Edinburgh in 1638, was a pledge to preserve the religious practices established after the Protestant Reformation of 1560.

This weekend, Saturday 10 & Sunday 11 October 12pm, – 4pm- find out what happened during the 1640 siege in our event The Castle for the Covenant!

The siege of March 1639 was the most efficient capture of Edinburgh Castle ever carried out. The Covenanters’ general, Alexander Leslie, distracted the castle governor with a ‘parley’ or discussion, while his men laid explosives at the front gate. The gate was blown off and Leslie’s men surged in, winning the castle in just 30 minutes, with very little bloodshed.

Later that year, the castle was restored to royal control, but by June 1640 it was under siege again. The Covenanting army was determined to seize it back from a heavily armed Royalist force under Patrick Ruthven, Lord Ettrick.

The Covenanters decided to undermine the Spur – a defensive structure that then guarded the castle’s north-east corner.

Undermining was a time-honoured tactic when besieging a castle. Essentially, you dug a tunnel below the castle, planted explosives and then blew them up, causing part of the castle wall to collapse.

An attempt was made to undermine St Andrews Castle during the siege of 1546–7. It was successfully averted by the rebels then holding the castle, who intercepted the mine with their own countermine.

At Edinburgh in 1640, the Covenanters did succeed in undermining the Spur, opening up a narrow breech in the castle walls. Their assault party of shock troops had to use ladders to enter the castle, and then found themselves cornered ‘like silly mice in a trap’ and exposed to Royalist fire. Many were killed; the survivors were forced to withdraw.

But the siege did not end there. For more than three months, the Royalists held out, but they were blockaded by the Covenanters. As was often the case, a water shortage was the main problem. Eventually …

Find out what happened in the end this weekend!