Oh what a year! 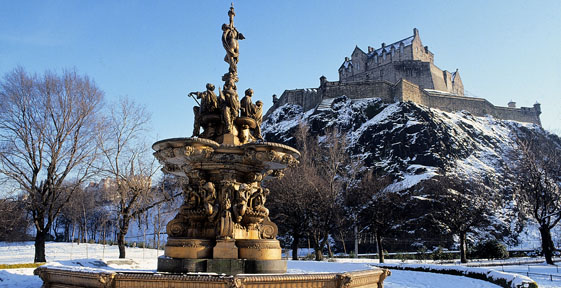 With Robert Burns in mind, we celebrated our Burns for Beginners event in January.

In February we caught up with Arlene Katorza the designer of I Love a Lassie – the jewellery range which is based on the pattern and texture of the iron grid work of the Portcullis Gate.

We met characters from the castle’s past with our Meet the Cast over the Easter weekend in March.

Our Redcoat Café got a makeover in April reflecting the military history of the castle.

We had two new arrivals at the castle in May. Red the Great Edinburgh baker started providing tasty baked treats in our cafes and Bonnie the Bear also hit the shelves in our Portcullis gift shop.

We commemorated the fallen with the Battle of the Somme Vigil in the Scottish National War Memorial in June.

The Honours of Scotland were given a clean before the Fifth Opening of the Scottish Parliament in July.

In August we opened the 2016 festival season with Deep Time – an event marking 350 million years of Edinburgh’s history which included a spectacular animation of lighting and music on the castle.

In September we welcomed another new member or should we say ingredient to our team – our Chef! He is cooking up a storm!

And now it is December – our Christmas Tree is taking pride of place in the Great Hall, our festive lunches have been devoured and we have been delighted with hearing Tales and Traditions of a Victorian Christmas and the presence of Mary Queen of Scots to tell us her festive plans.

As we approach 2017 we celebrate the Year of History, Heritage and Archaeology.