Meet some of Edinburgh Castle’s most unusual visitors

There’s a tradition in Scotland that the first person to set foot in a household at New Year will determine the fortunes of the year ahead. To ensure good luck, the first-foot should ideally be a dark-haired male. Even better if your visitor brings whisky with him!

Though the defences of Edinburgh Castle were designed to keep people out, we now welcome over 2 million visitors a year. The portcullis gate is the official entrance for today’s visitors and has long guarded the natural approach from the east. It is one of multiple lines of defence protecting the main route up to the heart of the castle. While the present structure largely dates from the 1580s, the fine Renaissance façade conceals a long and complex history. The vaulted passage bridges a natural cleft in the volcanic rock. This opening may have been modified to form a defensive gateway since the early centuries AD. 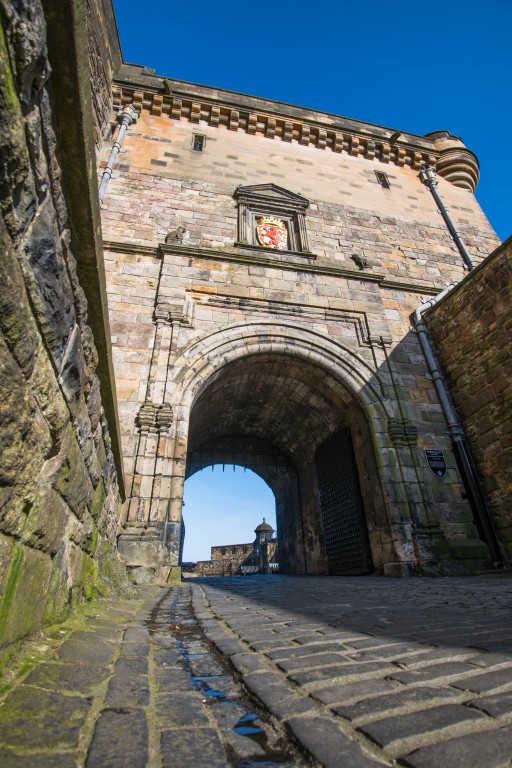 The Portcullis Gate was built by the Regent Morton after the Lang Siege of 1571–73. The Argyle Tower was added above in Victorian times.

As a principal gateway into the castle, many prominent figures in Scottish history have passed along this route. Early medieval warriors, Edward I, Mary Queen of Scots, Oliver Cromwell, Napoleonic prisoners of war, battalion upon battalion of soldiers, and even an elephant have all passed through this entrance!

The earliest reference we have to Edinburgh Castle tells the story of a warband who may have marched out along this route to battle. An early Welsh poem, The Gododdin, celebrates a band of heroic warriors who feasted and drank in the great fortress of Din Eidyn before riding south into battle with the Angles in northern England. 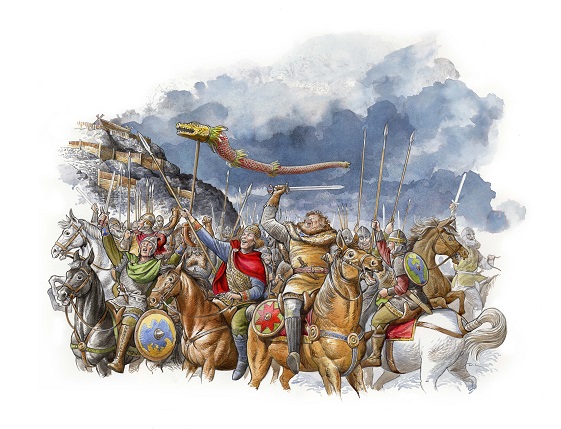 In the taper-lit hall of Din Eidyn, the warband pledged themselves to die for King Mynddogg.

A dramatic account of the Scots retaking Edinburgh Castle in 1341 centres around the portcullis gate. In a feat of bravery and cunning, a group of Scottish soldiers disguised as English merchants approached the castle with horses loaded with baskets and casks of supplies. The band tricked their way in and jammed the portcullis gate open. This allowed Sir William Douglas and his force of 200 men to storm the castle and defeat the English garrison.

A place of safety

In the spring of 1566 Mary Queen of Scots would have entered through this gateway on her way up to the Royal Apartments. In the uncertain times following murder Rizzio at Holyrood Palace the queen sought out the lofty fortress of Edinburgh Castle as both a safe and symbolic place to give birth. King James VI was born in a small, oak-panelled room in the Royal Apartments on 19 June 1566. 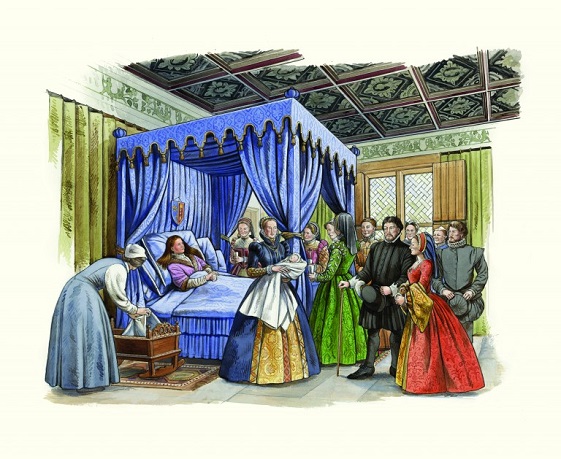 Mary Queen of Scots gave birth to James VI in a tiny bed closet at Edinburgh Castle, having sacrificed the comfort of nearby Holyroodhouse for the security and status of the stronghold.

You could get an elephant through there!

No, we’re not pulling your trunk! One of the more unusual historical ‘figures’ to have passed through the portcullis gate is an elephant. It was brought here by the 78th Highlander Regiment on returning from Sri Lanka in 1838 as their regimental mascot. The elephant was kept in Edinburgh Castle for several years. It’s said that it often accompanied its keeper to the canteen for a wee dram or a taste of beer! 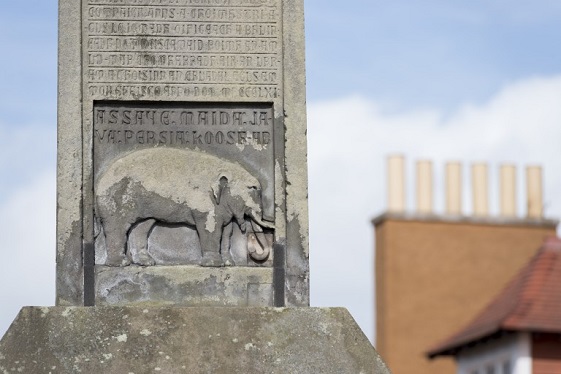 The memorial to the 78th Highlanders at Edinburgh Castle includes a carving of their elephant mascot.

Will you be stepping through the historic gateway this year? We look forward to welcoming you! Remember to share your visit with us using #EdinburghCastle